Photo-montage is a great possibility to convert ordinary photo into an artistic one or into a poster. You can add, remove or alter any elements of photo, or even move elements from one photo to another one. You can also combine many photos together.
Your imagination is just a limit of this fantastic technique.
Below there are a few examples of using photo-montage:
By the way, first photos show my private collection of the valve radios. From left, radio Pionier produced in Poland from 1959, very popular for about 20 years.
Second photograph presents first portable valve radio Szarotka produced in Poland in 60 years. Both radios have 3 wave rages: long, medium and short wave.
Below photo has been made by placing a very old historical steam machine that had performance in Brierley Hill, Dudley in 2010, on the beach in Weston, Super Mare. 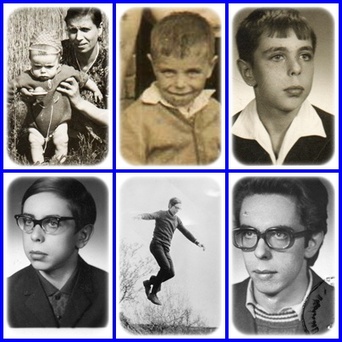 Composition of some photographs of myself in various periods of my life.
This is an example of combining many photos together with artistic effects and frames around each photo.